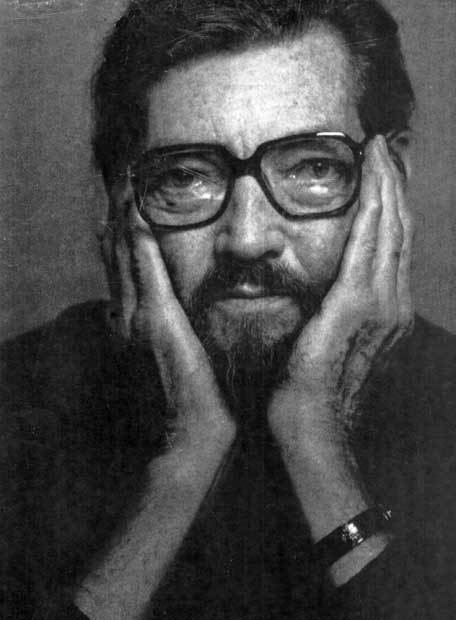 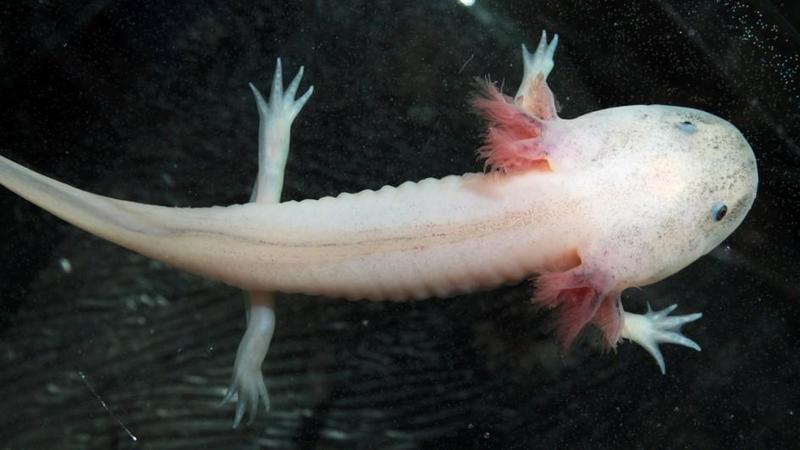 An image of an axolotl from above.

Before I started working in an axolotl biology lab, I doubt myself or anyone to whom I was close could’ve chosen an axolotl out of an animal line-up, let alone described and connected to one with the level of detail in Julio Cortázar’s 1954 short story, “Axolotl.”

The animal itself, pictured below, is a somewhat mystical-looking creature whose unique features resemble more of a Pokémon or a fantasy character than a typical Mexican salamander. These unique axolotl traits, like their “eyes of gold” and “Aztec faces,” the “rosy stone of the head,” and the “slender nicety” of their fingers, were in no way lost on Julio Cortázar. His short story is in it’s own way like any of my own axolotl experiments – an examination of this fascinating creature and the ways in which it is inherently connected to human life.

But what story does “Axolotl” really tell? The possibilities are endless considering the breadth and nature of Cortázar’s work, but one reading that stands out is a story of colonization and defeat, buried in the hidden intricacies of “Axolotl.”

More so than even his incredible depiction of the axolotls’ motion – and lack thereof – Cortázar’s subtle but repetitive hints in word choice indicate a subtext that is far more detailed that simply a man’s fascination with salamanders. Throughout the short story, there are countless references to “stone,” “Axtec faces,” “gold,” and “statues,” and where the words themselves are absent there are homages in the diction that refer back to them. Words like “corroded,” “etched,” “ringed,” “orifices,” “mineral,” and “plane” are strewn throughout the short story and emphasize the lifelessness and rigidity visible in the axolotls, focusing on physical traits in the absence of life. These contrast interestingly with the descriptions the evoke life and the loss thereof, in the “human nails” at the end of their fingers, the soft skin, and the endless depth of their eyes which both sparkle but are also infinitely dark. In order to fully understand these references and begin to interpret their deeper meanings and how they interact, it is necessary to consider the context surrounding the piece.

Cortazar himself was an Argentinian author known not only for the wonder and impact of his work but also for his political stances opposing Latin American human rights violations and his support of the Sandinista revolution, Fidel Castro's Cuban revolution, and Salvador Allende's socialist government. His short story “Axolotl” was published in 1954 as part of a collection called Final del juego (End of the Game, and Other Stories), but short stories as a genre had a long history before Cortázar’s contributions. The short story was recognized as an independent genre in the 19th century, but much of history includes tales, sketches, and folklore that were passed down in what we would likely recognize as a short story format today. Within “Axolotl,” many of the references seem to indicate a historical context themselves, particularly the repeated mention of gold, Aztecs, and stone. 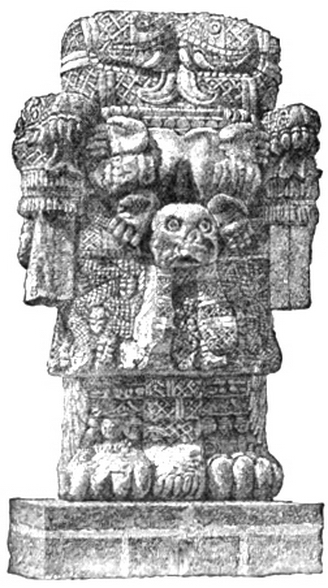 Aztec God of War, whose face and statue resemble the description of the axolotl's features. 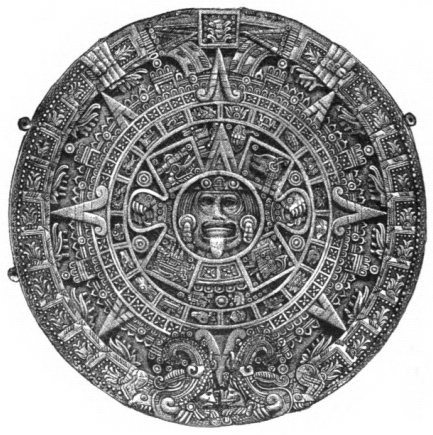 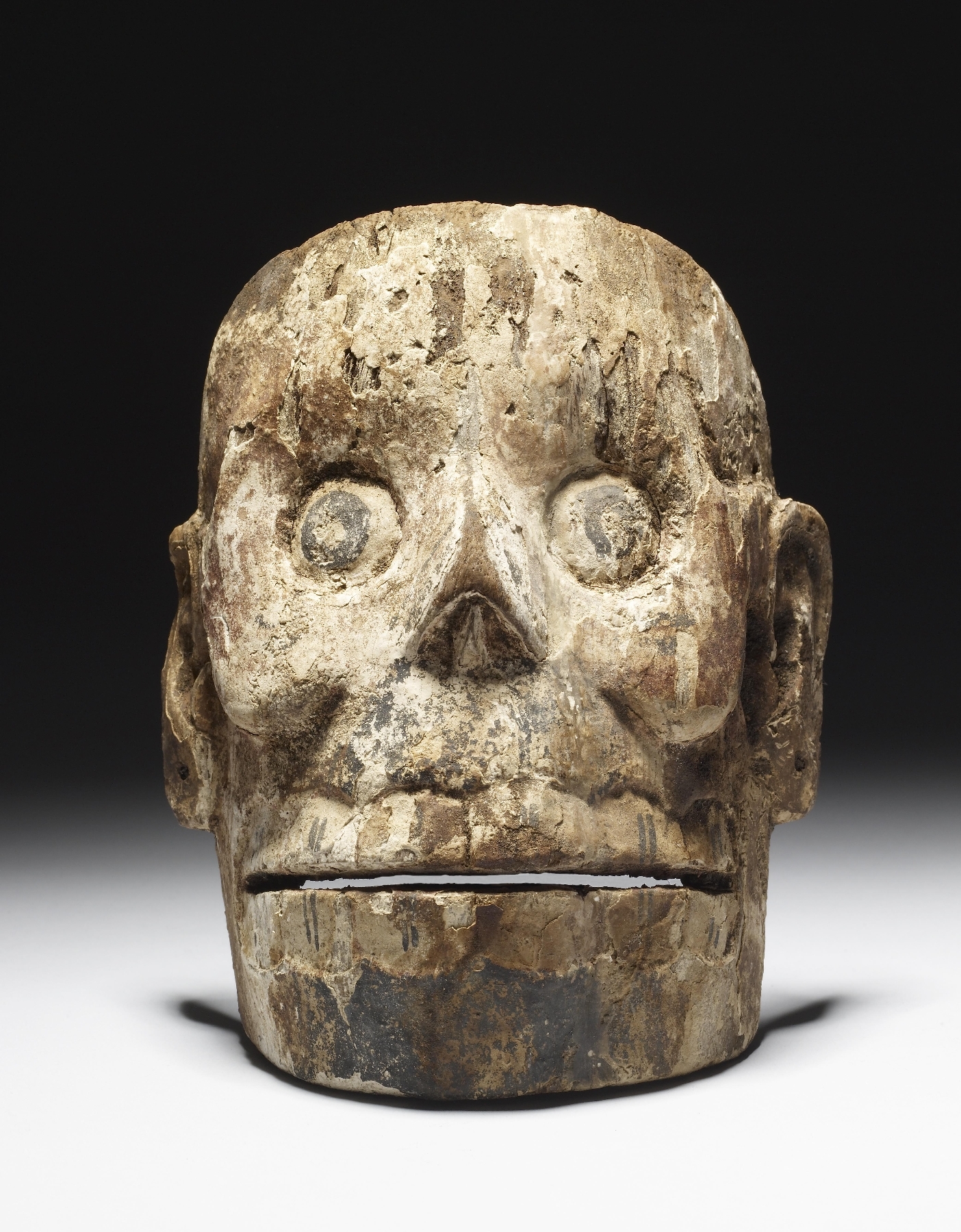 Aztec Stone mask, whose facial features are nearly identical to the descriptions of the axolotl face.

Though the axolotl is known as a Mexican salamander, it would still have existed in modern-day Mexico when it was ruled first by the Inca, the Maya, and finally the Aztec prior to colonization by the Spanish in the 16th century. Cortazar wrote “Axolotl” well after the establishment of present-day Mexico, and yet he deliberately describes the axolotls as having “aztec faces” and “eyes of gold.” During the Spanish colonization of the Aztec empire, gold was a primary motivator and currency, and much of what we know of the Aztec today has been learned from their stone masks, stone calendars, and stone structures (shown above). The God of War was often depicted in statues with many features surrounding the head which resemble the axolotl’s gills: “On both sides of the head where the ears should have been, there grew three tiny sprigs...” The sun god depicted in the center of the stone calendar also shares these prominent features. Furthermore, the Aztec stone mask is almost directly invoked by the description of the axolotl face: “A very slender black halo ringed the eye and etched it onto the pink flesh, onto the rosy stone of the head, vaguely triangular, but with curved and triangular sides which gave it a total likeness to a statuette corroded by time. The mouth was masked by the triangular plane of the face, its considerable size would be guessed only in profile; in front a delicate crevice barely slit the lifeless stone. On both sides of the head where the ears should have been...”

Together, these references to the statues and characteristics of the Aztec people, the gold used as currency during the colonization of their empire, and the deep loss and desperation described in the eyes and lives of the axolotls in this short story tell the tale of the destruction of Aztec civilization – something so majestic and beautiful trapped forever in the confines of stone and history, like an axolotl indefinitely destined to peer solemnly and sadly from its tank.