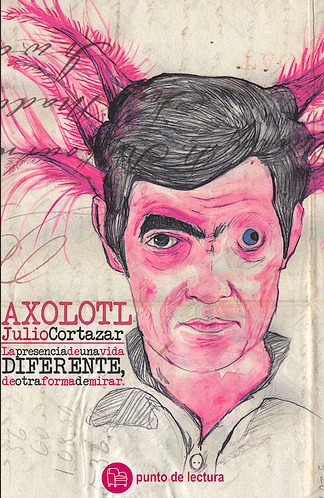 An anonymous man discovers the axolotls, begun a journey of compulsive obsession and mysterious self-discovery, ultimately transformed into an axolotl and observes another anonymous man, who is presumably himself— Julio Cortázar tells this surreal story in Axolotl, a short story that is published in 1936 and is one of his most well know piece. The story is confusing in many ways: the man is obsessed with axolotls, the narrative’s perspective switches between the man and the axolotl, the man ultimately becomes an axolotl… How to understand this story? Why did Cortázar write it this way? How does the story matter?

As confusing as the story Axolotl might seem, there are clues imbued in the writing. One aspect of this story that stands out is its innocent tone of narrative.The story starts from a “spring morning when Paris was spreading its peacock tail after a wintry Lent”—a cheerful setting. The narrator continues the tale:

“I left my bike against the gratings and went to look at the tulips. The lions were sad and ugly and my panther was asleep. I decided on the aquarium, looked obliquely at banal fish until, unexpectedly, I hit it off with the axolotls. I stayed watching them for an hour and left, unable to think of anything else”.

The tone of the narrative is so simple, almost naive, that we can’t help but wonder whether the narrator is a child or a man with the disposition of a child. Given the innocent story-telling voice, the simple sentence structure, as well as the playful word choice such as “hit it off”, the story presents itself akin to a fable.

The childish style of story-telling becomes more apparent as the relationship between the narrator and the axolotl develops into attachment, furthermore obsession, then fear and hopeless enslavement. The first person perspective makes the reader a confidant of the narrator. We share his joy and fear. When he first started to closely observe the axolotls, the narrator recounts that he “mentally isolated one”, and “saw a rosy little body, translucent”, which made him “thought of those Chinese figurines of milky glasses”. And when the narrator thought that he received messages of mayday from the axolotl, he conceded that “I found my self mumbling words of advice, conveying childish hopes”. Through the colorful descriptions of the axolotl as well as the emotional account, we acquire a taste of the narrator’s curiosity and sensitivity which confirms our initial impression for his affinity to a child. 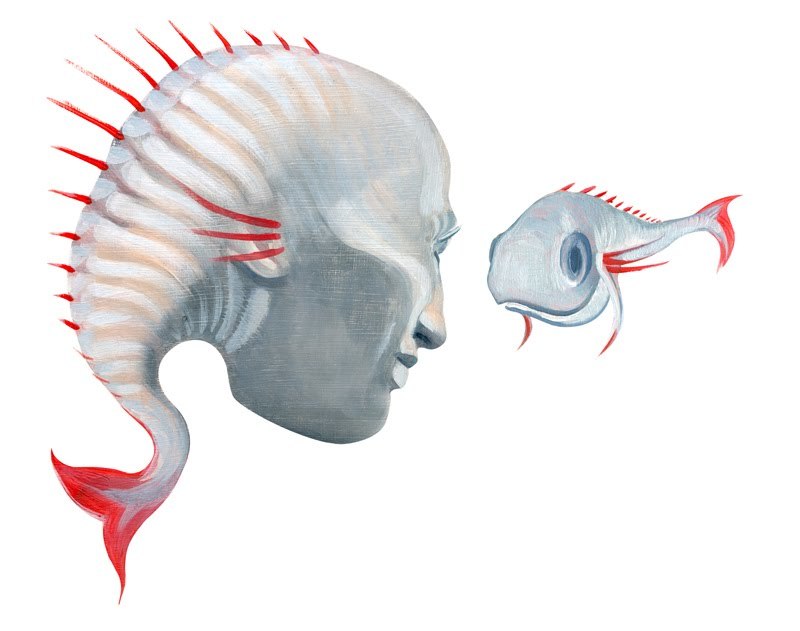 In fact, writing about children and adolescence is a featured theme in many of Cortázar’s literary works. Many of his early short stories employ a child narrator such as “Después del almuerzo”, “Los venison”, and “Final del judge.” It is not an unusual interest in Latin America literature to write about children or adopt their narrative perspective. Beside Cortázar, other great figures in contemporary Latin American prose has the interest in, or even obsession with the literary representation of the child, such as José Donoso and García Márquez. The imaginative powers of children allows the writer to employ a ludic language, and reversely the mythical plot encourages a childish style of narrative. One way to understand the story of Axolotl is to see its narrative style as under the influence of Latin American literature’s rapport with children and a “child-like” approach to language. The narrative perspective of a child grants the story with the freedom of language and imagination. 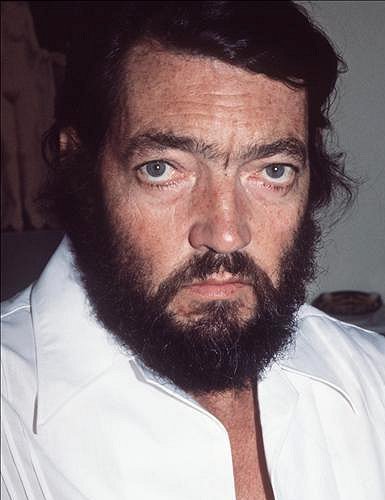 However, is the plot of Axolotl randomly configured? Is it only a story of linguistic play and imaginative pleasure? A quick peek into the author’s life can offer us some insights. Julio Cortázar was an Argentine writer who was born in Belgium in the year 1914. After the end of WWI, the Cortázar’s moved back to the suburb of Bánfield, Argentina, during which time Cortázar’s father abandoned the family. Cortázar and his sister were both raised by their mother, aunt and grandmother. A sickly child, Cortázar, spent much time indoors and in this manner discovered literature and writing. He finished his first short story at age nine alongside many other poems. To his distress, his family believed them to be plagiarized. Despite a colorful life of traveling and political involvement, Cortázar seems to be mostly shaped by his childhood. In a 1987 interview with Ernesto Bermejo, Cortázar talks about his affinity to children and his fascinaition with the childhood period of existence. He recalls trivial autobiographical anecdotes back to his time in Banfield with apparent ease despite the elapse of many years. It’s safe to say that the the motif of childhood weaves into Cortázar’s life as well as the territories of his fiction. The story that he produces is both self-exploration and a re-imagined past that is seemingly ever-present. In the interview with Bermajo, Cortázar acknowledges this without equivocation:

“En general los niños que circulan por mis cuentos me representan de alguna manera” (Bermajo 51). This offers us another way to understand the narration of Axolotl as a reflection of his childhood self. 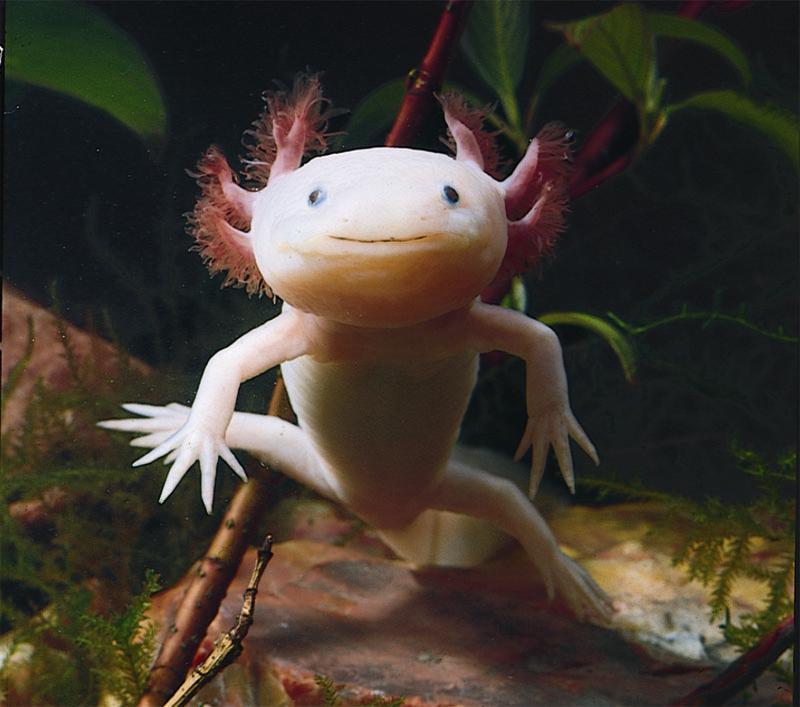 Having his life trajectory in mind, we see a theme of unsettledness and escape in both Cortázar’s life and his writing. As a Latine American writer, he is unusually international, and has traveled extensively throughout his life. In another interview with Evelyn Picon Garfield, 1983, Cortázar reveals his youthful dream to become a sailor “When I was ten years old I told my mother that I wanted to be a sailor. Since I was a somewhat sickly child (I had asthma), and besides it was expensive in Argentina to begin a career as a sailor (we were poor), my mother decided it would be better for me to be a teacher…I couldn’t do otherwise. Nor was I so bent upon that other career because, had it been so, I would have run away to be a sailor.” The absence of his father in the family, the sickly physical condition when he was young… these elements seems to contribute to a sense of confinement that is also apparent in the story of Axolotl, where everything takes place in the aquarium, and often times the narrator feels trapped himself or feels the narrowness of the tank as an axolotl. Furthermore, the image of Axolotls  presented in the story is worth noticing. Factually speaking ,axolotls are amphibians with a grotesque appearance, the ability to regenerate broken limbs, and an characteristic of retaining the laval form throughout adulthood, which means that instead of metamorphosing into an adult form, axolotls stay the same as what they are born to be like. In the story, they are colorful beings that evokes both desire and fear in the narrator. A sense of timelessness in their existence is both featured in Cortázar’s story(“Obscurely I seemed to understand their secret will,  to abolish space and time with an indifferent immobility”) and in the axolotl’s laval form and the ability to regenerate body parts. The same impression of timelessness is given when Cortázar talks about his view on childhood as a privileged time out of time: “esa hora fuera  del tiempo… Una condición privilegiada…un instant de temblorosa maravilla…” . Here we can start to understand Axolotl as a projection of his childhood memories, an embodiment of his primal fears and desire, repression and escape.

Having the knowledge of the literary influence and the background story of Cortázar, we can see the connection between the motif of childhood and the story. Now that we look back to the narrator, the lone figure standing in the silent aquarium, fully absorbed in the axolotls, he seems to be a shadow of Cortázar himself: staring into the axolotl, as if it’s a timeless abyss that devours him, ravished by its beauty, but fear for becoming trapped inside the axolotl’s body. And indeed he is trapped—hopelessly trapped in his long gone childhood that he tries to goes revisit in the imaginative world of literature, but can never really do.