Silenced: What Linguistic and Cultural Literacy Could Contribute to Axolotl

"No one can retell the plot of a Cortázar story; each one consists of determined words in a determined order. If we try to summarize them, we realize that something precious has been lost" - Jorge Luis Borges (Southern Cross Review) 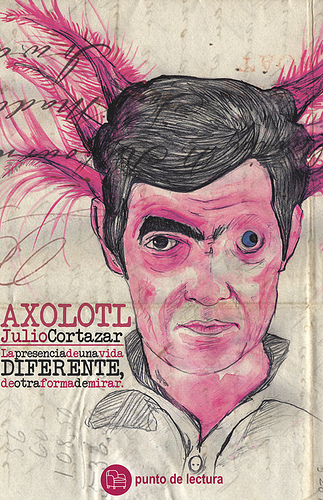 Axolotl, a short story by Julio Cortázar, details the relationship between axolotls and a person across barriers.  The different real authors and real readers, who bookend the narrator-narratee diagram of Axolotl, confront a different barrier:  a cultural and linguistic barrier.  In retelling a text originally authored by Cortázar for a Spanish-speaking audience into a text authored by translators for English-speaking readers, Random House Inc. and translator Paul Blackburn depict the mental and physical elements of the narrator-axolotl relationship while poorly illuminating the religious allusions found in the original.  By analyzing the blind spots of the translator, from the original audience’s cultural literacy to linguistic undertones lost in translation, it is evident the story’s religious nature did not carry over into Random House’s new read of Cortázar’s Axolotl. 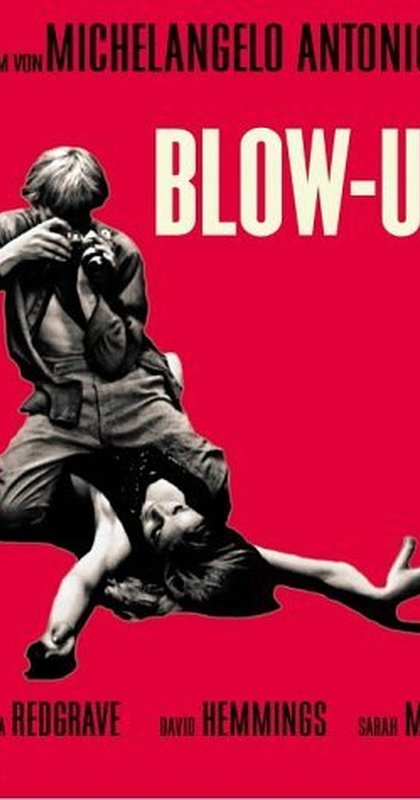 A movie poster of the 1966 feature film "Blow-Up" based off of the short story bearing the same name by Julio Cortazar.  Originally published as End of the Game, the English translation was later titled Blow-Up after the release of this film.  Demonstrative of the alterations freely made to the original text.

Although originally published for a Mexican audience in 1956, Cortázar’s short story collection Final del Juego was republished for an English-speaking audience in 1967 under the title Blow-Up and Other Stories (“Final del Juego”).  Paul Blackburn starts Blow-Up’s version of Axolotol saying,  “There was a time when I thought a great deal about the axolotls…Now I am an axolotl” (Cortazar, 3).  With its focus on the mental and physical states of the narrator and its assured tone that almost whispers back to confused readers “well why would this not be true?”, the opening paragraph establishes the manner in which the narrator tells of his relationship with the axolotls.  The narrator transitions from being a human spectator to being an axolotol after pressing his face towards axolotls and discovers his mind, now in an axolotol body, is staring back at his human form (8).  Although reassured by the narrator’s matter of fact tone, this confidence is undercut by several loose ends.  These loose ends, bound together by religious undertones in Cortázar’s text, are left awry through Blackburn’s exclusion of such undercurrents. 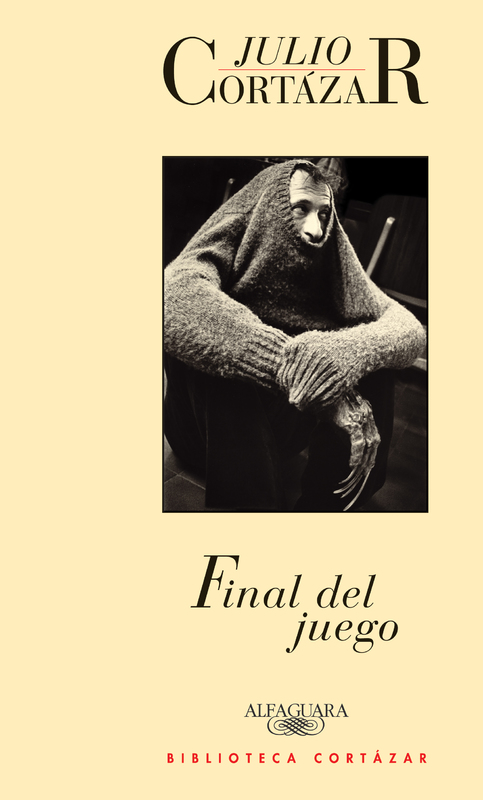 In overcoming the Spanish-English language barrier, Random House left illuminating aspects of the original text in the dark, along with all that they would have shed insight on.  One of these instances occurs when readers are left to interpret the line, “The eyes of the axolotls spoke to me of the presence of a different life, of another way of seeing” (6).  The narrator later postulates at the end of the paragraph, “I think it was the axolotls’ heads…That looked and knew.  That laid the claim.  They were not animals” (6).   In Spanish, the second line is written as, “Yo creo que era la cabeza de los axolotl… Eso miraba y sabía. Eso reclamaba. No eran animales” (Ciudad Seva).  Although not clearly evident in Blackburn’s read, religious undertones present in the second line provide textual support to make sense of the first line in Cortázar’s work.

“Miraba” is better translated as “was watching” rather than “looked”.  The revelation that this action was not directed at the narrator, let alone anyone, and the common use of “watching” in common religious phrases like “watching God”, point towards a religious subtext.

Two other words, “creo” and “sabía”, lose their religious undertone when translated by Blackburn.  “Creo” means “I believe” rather than “I think” while the verb tense used in “sabía” indicates an ongoing state of knowing, such as possessing faith, rather than an action in that moment.  The religious connotations to the verb “believe” and an ongoing form of knowing, like faith, further strengthen the religious nature of Cortázar’s text.

The subtext becomes pronounced with the word “reclamaba,” which can mean “required,” rather than “claim.”  In context, this means that something is being “required” because of Cortázar’s religiously tinged words like “watching” and a knowing akin to faith.  What is required is that the axolotols are not animals.  In Blackburn’s read, the narrator draws a connection between humans and monkeys, thus placing humans in the animal kingdom.  This elevates axolotols to something other than animal and other than human that the narrator speaks of with the word “believe.”  Without this religiously saturated text provided to Cortázar’s Spanish-speaking audience, Blackburn effectively leaves readers with “another way of seeing” like the axolotls themselves (6). 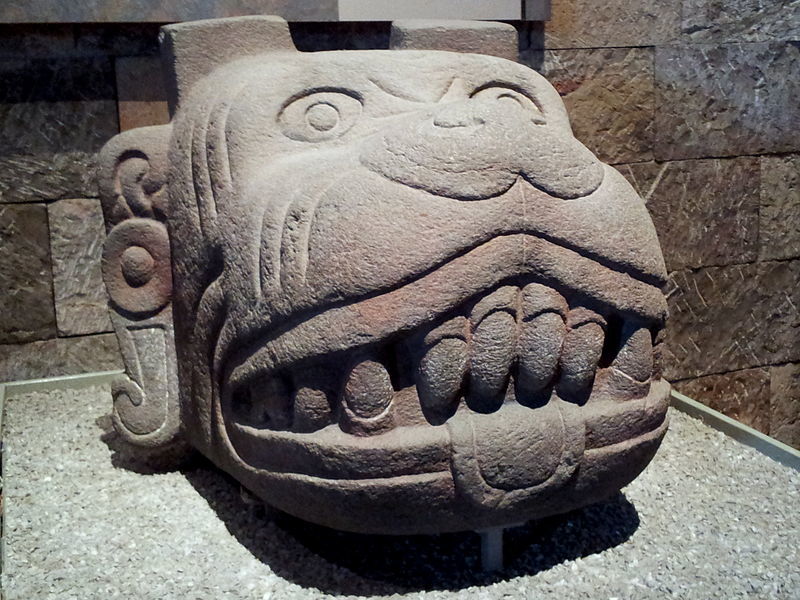 A stone statue of the head of Xolotl, an Aztec god.  Found in the center of Mexico City and now displayed at the Museo Nacional de Antropologia.

Originally addressed to a Mexican audience in 1956, Blackburn’s take on Axolotl does not provide new readers with the cultural literacy needed by the original Mexican readers to cue into the text’s religious aura.  While dotting his translation with references to the Aztecs of Mexico, Blackburn negates to elucidate the importance of these references.  To Mexicans however, the title character is a reference to its namesake, Xolotol, an Aztec god (“Aztec Axolotols”).  How much can Blackburn’s readers be expected to comprehend when the title itself becomes a mystery rather than a clue?

When publishing Blow-Up and Other Stories, Random House should have heeded the warning of Jorge Luis Borges who said, “No one can retell the plot of a Cortázar story” (Southern Cross Review).  In his attempt retell Axolotol through a translation of it, Paul Blackburn generated a new reading of the short story due to the cultural and linguistic barriers between the original Mexican audience and his new readers.  Contrasting Cortázar’s mental puzzle with Blackburn’s loose ends, one wonders to what extent a text can change before it is merely a ghost of its former self? 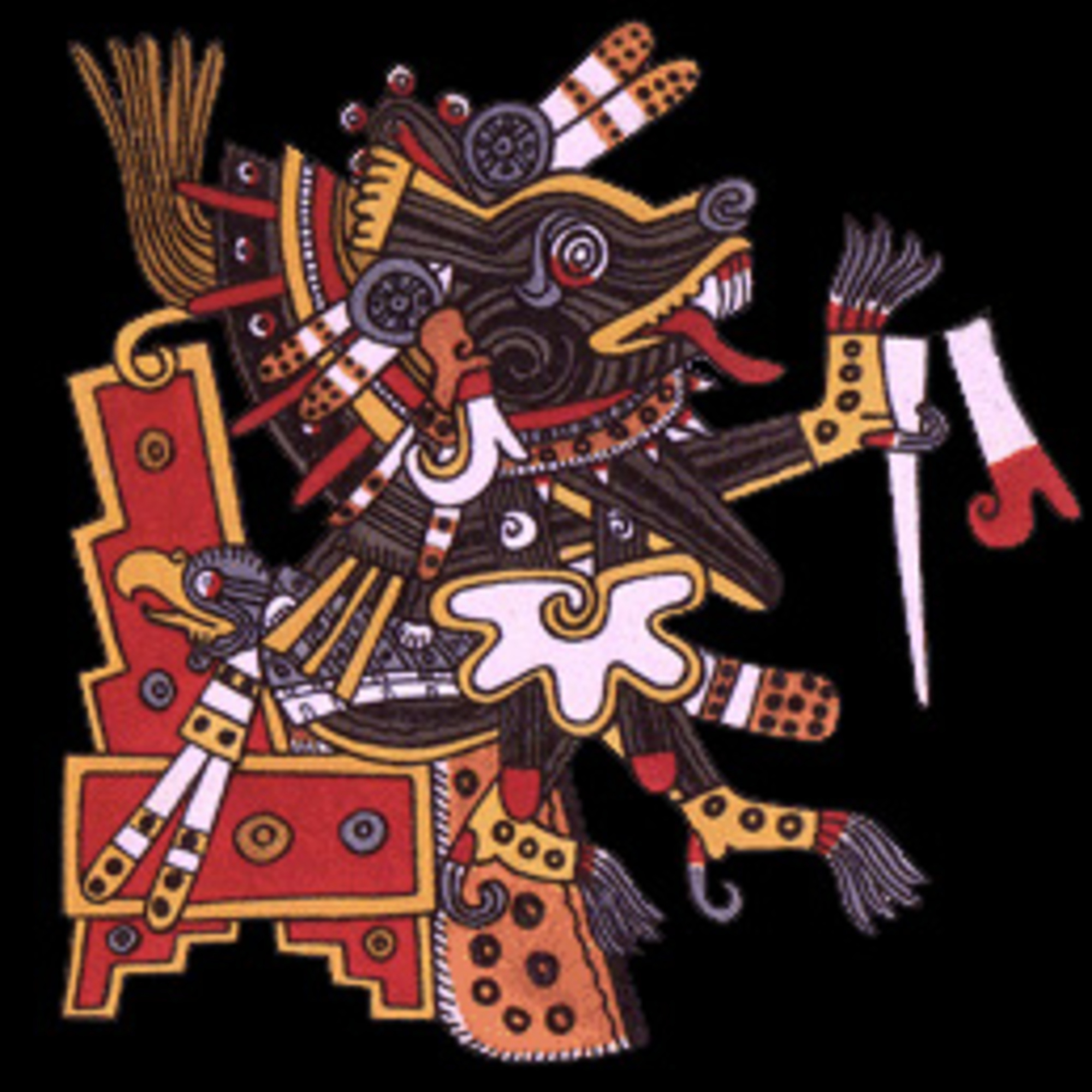 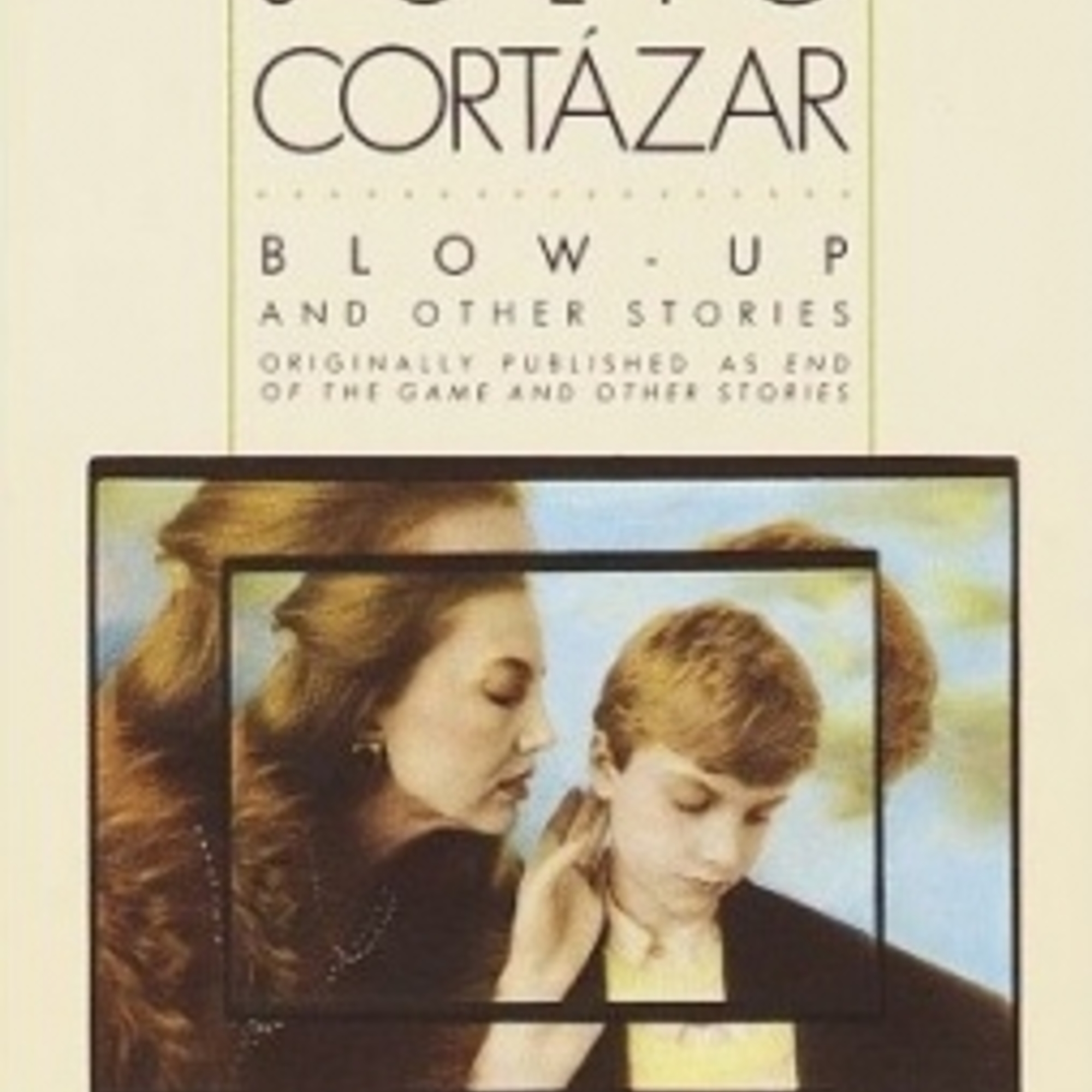 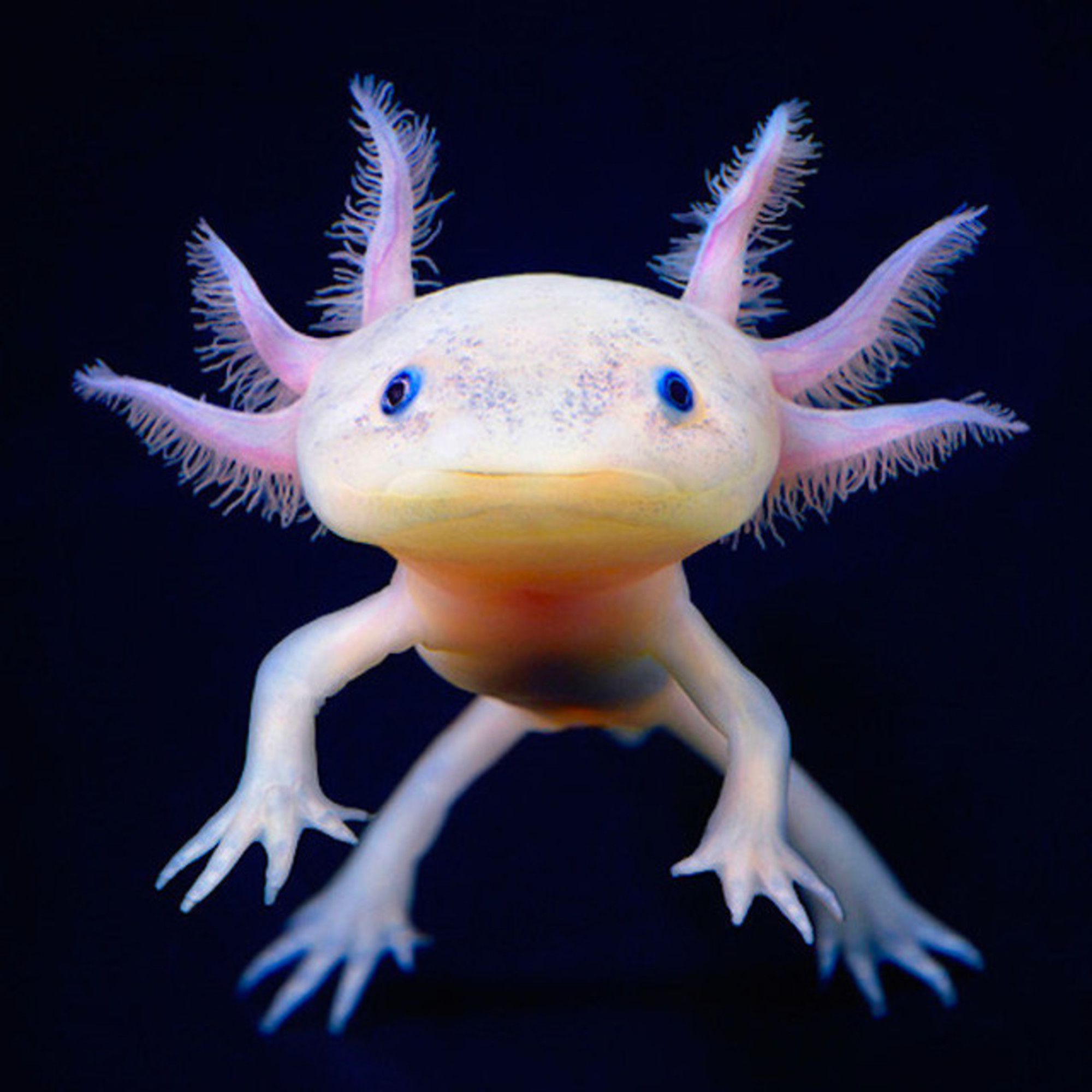 Blocked by linguistic and cultural barriers, new readers of Blow-Up and Other Stories are provided a read of Cortazar's work void of its religious references (top) and are faced with loose ends and an axolotol of a different nature (bottom)