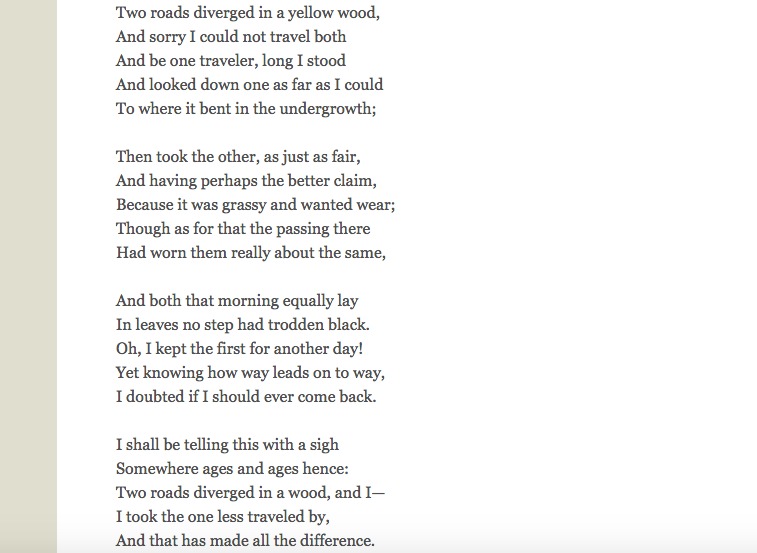 Text of "The Road Not Taken"

It is a common occurrence in modern life to receive a sarcastic message from a friend and to misinterpret it, perhaps by taking the message seriously and feeling bristled as a result. Similarly, it is rather easy to mistakenly perceive as ironic those messages that are meant literally, such as by understanding an exclamation of “Oh, joy!” to indicate that its declarant is bored. In that same vein, though some linguists emphasize that any text or statement contains a “denotation,” or literal meaning, which comes from the definitions of its words, and many parents tout the importance of “saying what you mean and meaning what you say,” this literal meaning of one’s words is but a small part of how we communicate. As Jakobson’s model of communication acknowledges, messages also contain context and code, both of which go beyond the denotation of a message itself. Though these communicative elements are certainly important for written texts--as we can understand after considering that some novels and poems have inspired countless different strands of interpretation, depending on the backgrounds, experiences, and priorities of the different interpreters--they are much more so for spoken communication.

Indeed, how one says something is just as, and in some cases more, important than what one says. This is particularly evident when one listens to the same statement or text read in different ways. A striking example of this, which this essay will explore, comes from the different meanings one gleans from two of Robert Frost’s readings of his well-known poem, “The Road Not Taken.” Though Frost has performed over a dozen readings of this poem, this essay will discuss readings from 1956 and 1962, when Frost was 81 and 87 years old, respectively. The author chooses these two readings because they were both uttered toward the end of Frost’s life, decades after he wrote the poem. As a result, Frost had ample time to reflect and to refine his reading of the poem. Moreover, the readings were close enough in Frost’s life that he likely did not change his interpretation from one to the other. 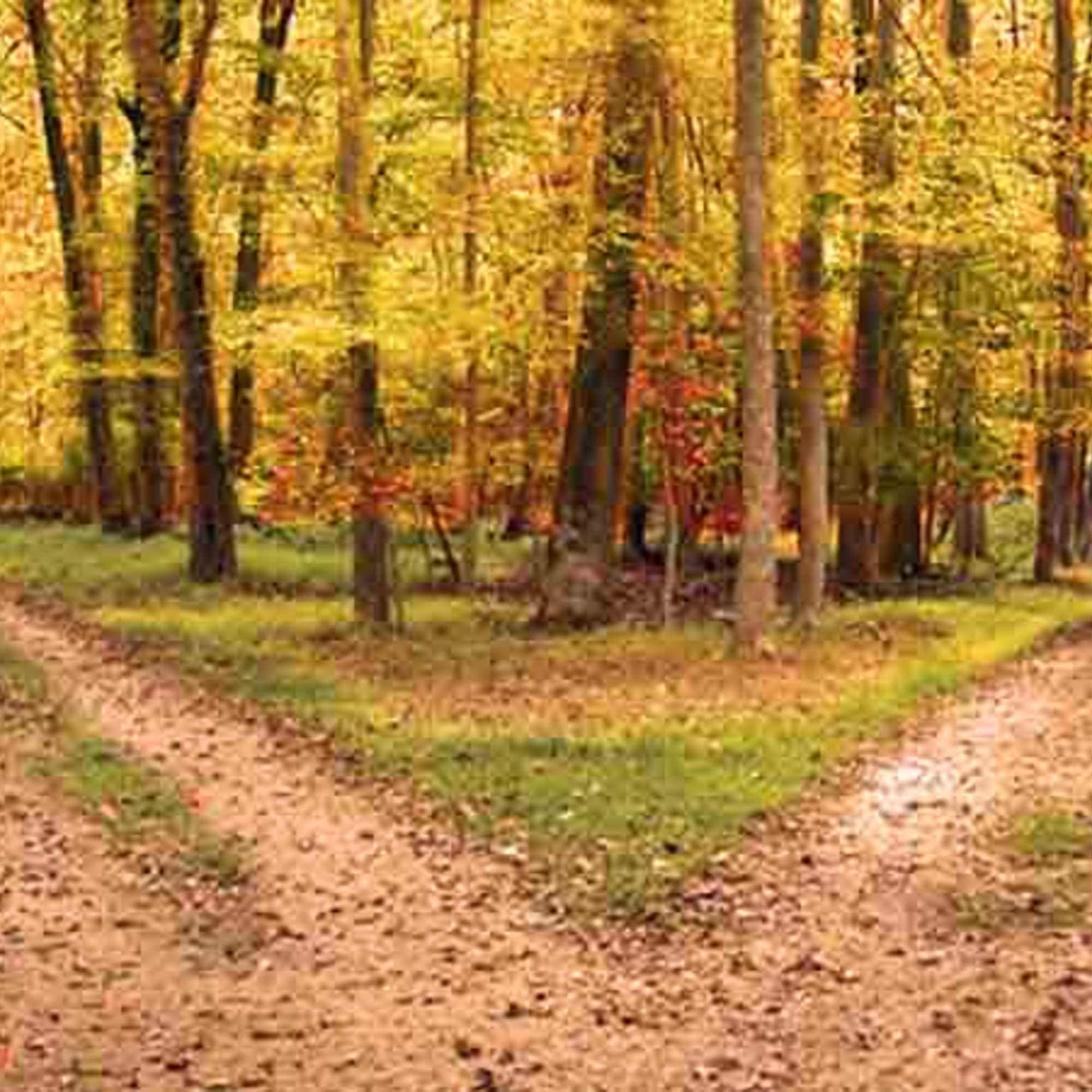 An image of two roads diverging in a yellow wood.

Surprisingly, Frost’s differing tone, annunciation, and points of emphasis between the two readings reveal different ultimate meanings. That is, while the text of “The Road Not Taken” presents the poem as a reflection on how one’s seemingly minute, in-the-moment choices can powerfully shape one’s future, it is Frost’s oral reading of the poem that imbues it with the specific content of that reflection. For instance, Frost’s 1956 reading frames those choices as arbitrary and restrictive to one’s future self, whereas Frost’s 1962 reading frames those choices as empowering and developmental of the self.

The listener gleans quite a bit from Frost’s tone as he recites the poem’s first stanza, in which the choice of which road to take first presents itself. Frost’s voice in the first two lines of his 1956 reading is stern and ghost-like, as if it has become disembodied and has lost its capacity for emotion. By contrast, Frost’s voice reading the same lines in 1962 sounds soft and hopeful, very much full of life. 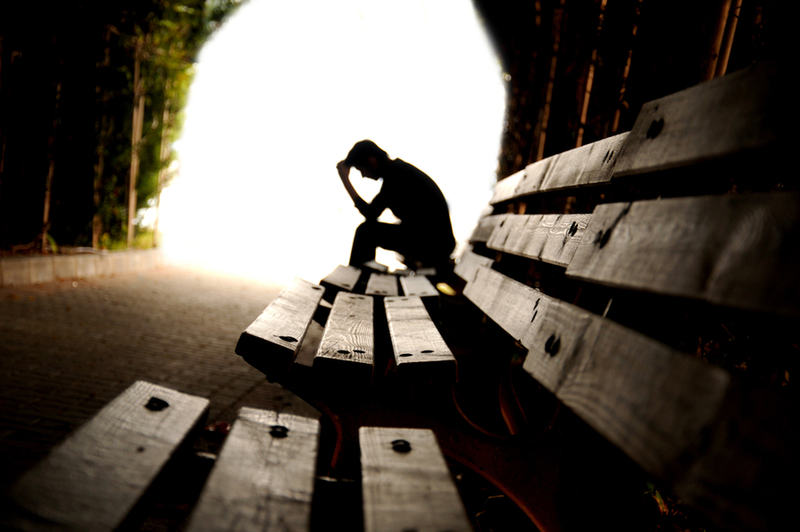 The narrator in Freud's 1956 reading is powerless in the face of his previous choice, and must bear its consequences.

This difference in tone continues to manifest throughout Frost’s readings. In the 1956 reading, Frost’s voice shifts in the second stanza from sullen to sad and tired, suggesting that the narrator is unhappy with his options, and feels resigned. In the third stanza, his voice oscillates between stern, wistful, and sad, as though the narrator longs for the better day of the past and this sad longing has made him cold and hard. Along the same lines, in the poem’s fourth stanza, Frost draws out “Oh” at the beginning of line 13 almost to a moan, maintaining his somber tone to the extent that he neglects completely the exclamation point at the end of that line. In the 1962 reading, however, Frost recounts these same lines as if he were telling a lullaby, or recounting a joyful moment. 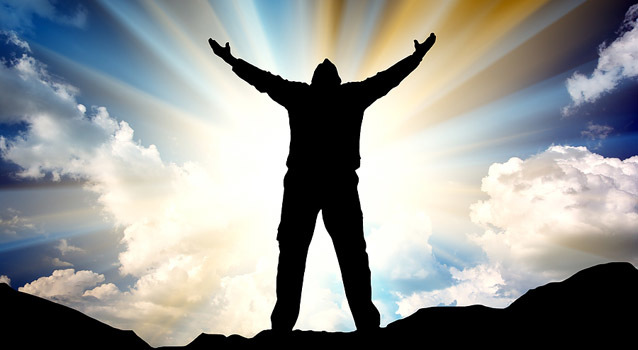 On the other hand, the narrator in Frost's 1962 reading feels empowered by his ability to steer his own life through his choices.

Frost’s reading is more consistently paced in 1956 than it is in 1962, in which he plows on through the poem with nary a pause or emotional riff. In the 1962 reading, on the other hand, Frost allows his voice to flow. The listener can hear Frost’s breath, such as when he catches it on line six and has to repeat the word “as” at the beginning of the the line’s second clause. During the poem’s oft-quoted final three lines, Frost in 1962 gives in to the dash after “I” at the end of line eighteen, and lets out a satisfied breath before uttering the “I” at the beginning of line nineteen. The sense of a living and breathing Frost in the 1962 reading conveys the sense to the listener that the narrator is at peace with his decision to take the road “less traveled by,” and indeed, even that he is content. The 1956 reading conveys no such sense. Indeed, in the final line of the poem, Frost in 1956 accentuates “all,” sounding somber and regretful. In his 1962 reading, however, Frost leaves out this accentuation, delivering the last line naturally. This natural reading of the final line furthers the takeaway that the narrator is content with his choice of road, in stark contrast to the 1956 reading.

Thus, the differences in Frost’s tone, annunciation, and pace between his readings of “The Road Not Taken” in 1956 and 1962, respectively, imbue the written text with varied ultimate meanings. While both readings contain the same core--that small, quick decisions we make have the capacity to affect us greatly in our later lives--they react differently to that reality. While Frost’s 1956 reading evokes a feeling of powerlessness and resignation to the narrator’s prior choice, his reading just six years later sings a different tune, evoking a sense of empowerment and fulfillment in the narrator’s ability to steer his own life.

Frost, Robert. Reading of "The Road Not Taken." The Harvard Advocate. 1962. The Listening Room, Harvard Archives.